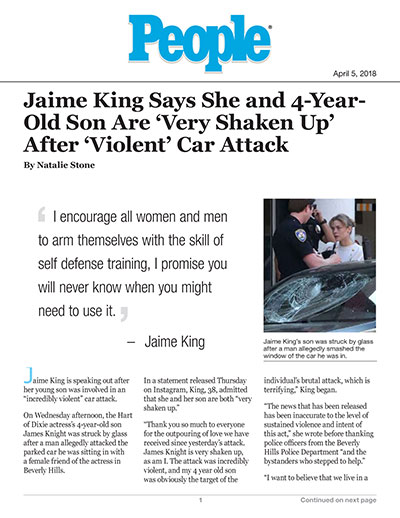 Jaime King is speaking out after her young son was involved in an “incredibly violent” car attack.
On Wednesday afternoon, the Hart of Dixie actress’s 4-year-old son James Knight was struck by glass after a man allegedly attacked the parked car he was sitting in with a female friend of the actress in Beverly Hills.
In a statement released Thursday on Instagram, King, 38, admitted that she and her son are both “very shaken up.”
“Thank you so...
Read Full Article

A lesson in self-defense for women on Coast Live

Leta Krieger is a former police officer and now teaches self-defense classes for women and girls.  We get a lesson in how to avoid issues and protect ourselves. To lean more visit www.ahardertarget.com. 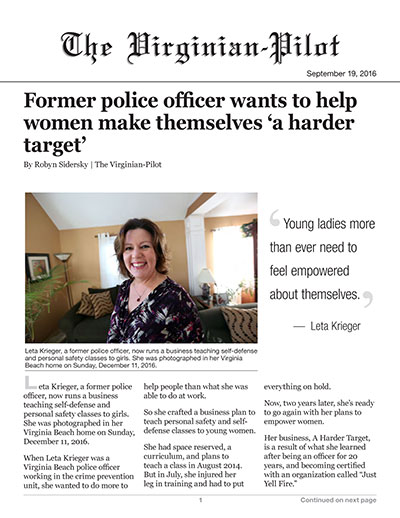 When Leta Krieger was a Virginia Beach police officer working in the crime prevention unit, she wanted to do more to help people than what she was able to do at work.
So she crafted a business plan to teach personal safety and self-defense classes to young women.
She had space reserved, a curriculum, and plans to teach a class in August 2014. But in July, she injured her leg in training and had to put everything on hold.
Now, two years later, she’s ready to go...
Read Full Article 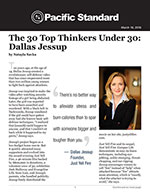 The 30 Top Thinkers Under 30: Dallas Jessup

Ten years ago, at the age of 14, Dallas Jessup created a revolutionary self-defense video that has since empowered more than two million young women to fight back against attackers.
Jessup was inspired to make the video after watching security footage of a girl being abducted. Later, the girl was reported to have been assaulted and murdered. With a black belt in Taekwondo, Jessup wondered if the girl could have gotten away had she known basic self-defense techniques. ...
Read Full Article 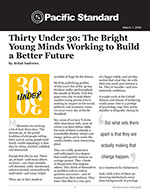 Thirty Under 30: The Bright Young Minds Working to Build a Better Future

Millennials are catching a lot of heat these days. The stereotype, in the grand tradition of old people rolling their eyes at young people (and barely worth repeating), is that they’re whiny, entitled, coddled, and distracted.
Except that they’re not. These 30, at least – and many others we know – are clear-minded, self-directed, nobly intentioned, action-oriented, extraordinarily motivated – and crazy bright.
These 30, in fact, stand as symbols of hope...
Read Full Article 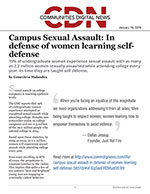 19% of undergraduate women experience sexual assault with as many as 2.2 million women sexually assaulted while attending college every year. It's time they were taught self defense.

Sexual assault on college campuses is reaching epidemic levels.
The CDC reports that 19% of undergraduate women experience attempted or completed sexual assault while attending college. Females now outnumber males on college campuses and are 11.5 million of the 20.2 million people who entered college in 2015.
Based upon these statistics, by 2019, as many as 2.2 million women will experience sexual assault while attending college every year.
Even more startling, in 87%...
Read Full Article 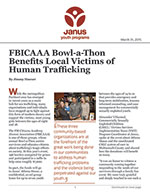 While the metropolitan Portland area has emerged in recent years as a main hub for sex trafficking, many organizations and individuals have stepped up to fight against this form of modern slavery and support the victims, most young girls between the ages of eight and 18.
The FBI Citizens Academy Alumni Association (FBICAAA) is one of those groups, whose annual Bowl-a-Thon assists survivors and educates citizens about trafficking’s tragic effects on society. At this year’s...
Read Full Article 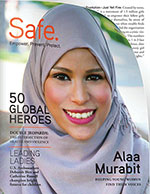 The Girl-led Revolution Just Yell Fire is a movement of 1.5 million girls across 64 countries who work to empower their fellow girls to know their rights, stand up for themselves, be aware of the dangers they face and escape violence when trouble finds chem. Dallas Jessup, the CEO who founded rhe organization when she was 15 said, “Just Yell Fire™ is taking on a crisis: violence and abuse against young women and girls. The numbers are
horrific: 1 in 4 becomes a sexual assault...
Read Full Article

Amanda Kruse does more than just teach her self-defense class participants how to jab and strike their way out of attacks. She also tells them how to prevent getting into those dangerous situations.
"I think they go away knowing a lot more about violence and predicting violence that they can deter violence before it ever gets to the point of an attack," said Kruse, 39, of Adel. "They also go away empowered and confident that they could fight back if they were ever in an attack...
Watch Video 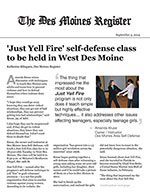 Amanda Kruse mixes discussion with techniques to teach Des Moines-area adults and teens how to prevent violence and how to defend themselves when violence does occur.
"I hope they would go away knowing they can deter violent situations, they can get out of bad relationships, they can prevent getting into bad relationships," said Kruse, 39, of Adel.
I also hope they can be empowered and, if they do get in violent situations, they know they can defend themselves. I don't...
Read Full Article